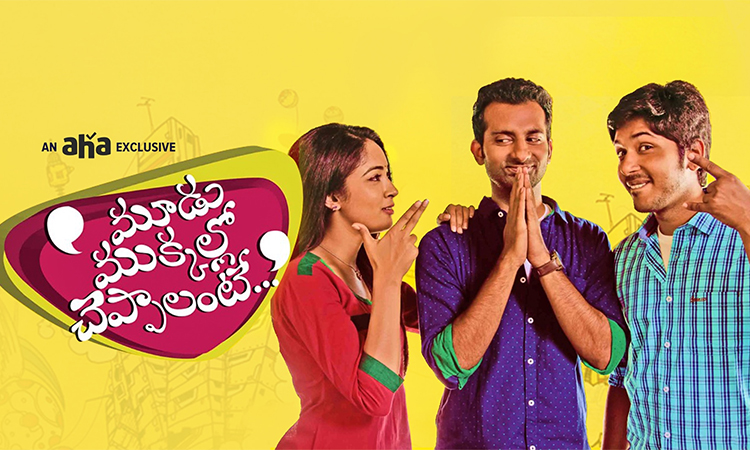 Moodumukallochepalante is a bilingual film written and directed by  MadhumitaSundararaman. It was released in the year 2015 simultaneously in tamil and telugu with a slightly different cast. It’s a comedy drama film perfectly suitable for an entertaining night to watch along with your friends and family. It’s a telugu funniest movie in 2020 to watch and one of the best comedy movies out there. Watch MooduMukkaloChepalante movie online today only on Aha!

The story revolves around a lead character Arjun (RakenduMuli) who is an ignorant and an irresponsible young man that lives off his life at the expense of his grandparents and friends money. With no idea, his grandparents leave india and go to the United states of America to settle there and they rent the place they used to live in india to a friend of theirs. What happens to Arjun and what he does to make up for the problem he faces from there on is the comedy and the most humorous part in the film that entertains the viewers. The side plot of the story is Arjun’s love story and the comedy it leaves will leave you with laughs.

Watch MooduMukkaloChepalante movie online and have fun! This is a simple fun going movie that you should watch with your friends for some entertaining time to spend all together. Watch this comedy movie.